If the DfE wants to continue burning money, can they at least do it to heat our schools. 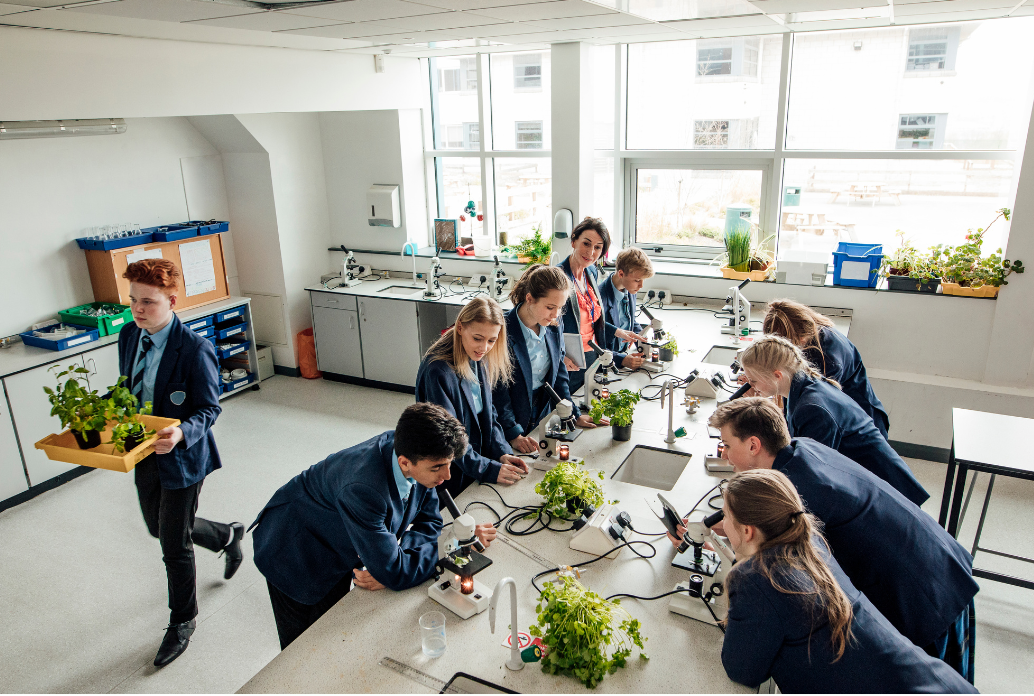 Charles Walker, a Conservative MP, recently called out his frustration with a stream of talentless leaders who have made him ‘livid’. As the MD of GLUU I have to say, given the news since his outburst, that I feel the same about the DfE.

Over the past year or two we (GLUU) have hosted numerous senior staff from the Sanctuary Buildings in schools to show how EdTech, digital curriculum and wellbeing support can improve outcomes for our most vulnerable students. We have shared evidence of our impact, shown new innovations to address school capacity challenges and evidenced how wellbeing can be integrated into the curriculum to improve the resilience and mental health of our youngsters.

We told the DfE that the NTP wasn’t right for every child – particularly those with high anxiety – and asked them not to be so prescriptive. We showed them reporting tools that deliver deep insight as to the whole child, and new evidence-based solutions which add capacity both inside and outside of school. We exemplified how to re-engage disaffected learners and talked the team through a programme to reintegrate school refusers back into mainstream.

Whilst I can totally accept that the Department might have felt our solutions were hard to endorse, I would have hoped that they had at least started to address the problems we highlighted – on-the-ground problems I know that every school leadership team is managing right now – with some form or leadership and positive response. But no, we see nothing of any substance, rather data which shows just how poorly the Department is serving our young people, and how unfocused and ineffective the “talentless leaders” have been. We should all be livid at the waste of much-needed funding due to poorly conceived and overly-complex delivery programmes.

The Department published secondary school performance data which shows that the attainment gap is the worst now for a decade. Shortly after, the EEF published data on the NTP which showed c35% of students don’t even attend tutoring lessons, with a further 8% ‘missing data’. Those that do attend don’t make expected progress, and the headline attainment gain according to EEF as a result of this intervention measure is zero months. Zero. The target was four.

Since the EEF bombshell, OFSTED have said that most Heads don’t know if the NTP is working in their school as there is no system to measure effectiveness. Really? So, no base line assessment with an end of programme review to determine attainment gains (and attendance) by pupil. It’s hardly rocket science and is something all of the Tuition Partners should be mandated to deliver to ensure quality and consistency of delivery.

And more recently, we now read that one in ten schools didn’t even participate in the NTP as it was too bureaucratic and added to teacher workload unreasonably. That means 10% of pupils didn’t get the NTP as intended, and again I’d remind you of the worsening attainment gap in this context. It’s shocking isn’t it?

Data from Kooth and a number of separate organisations supporting mental wellbeing in our young show clearly that our most disadvantaged are the most affected in terms of mental health. 1.1m of our children are on wait lists to have clinical and therapeutic support from the NHS and yet the DfE blindly throw £billions at poorly thought-through programmes which simply burn much-needed cash.

It’s obvious that a significant majority of pupils can’t face extra catch-up work given their wellbeing, yet every disadvantaged child is mandated tutoring at a cost of £350m. Is it any wonder a third is wasted?

Asking these children to attend 15 timetabled one-hour sessions is pure fantasy I am afraid and neglects a statutory need to protect our children in my opinion. Arguably, DfE policy is making schooling less safe for our children. I doubt very many at the Department have even read the latest KCSIE guidance and I say this in the context of some of our visitors to Shireland telling us that, despite many years at the Department, they were excited to be in school for the first time. Enough said.

Catch-up Premium similarly targets the right students but in the wrong way. Before the summer 15%+ of students weren’t attending school and yet there is precious little focus on reintegration programmes. Ministers prefer to spend time focusing on the Oak National Academy and its curriculum in a thinly disguised attempt to centralise provision and create the case for reducing school resource funding. How anyone in the Department will agree to blow £43m on unneeded content when over a million of our youngsters not attending school get so very little support is beyond me. It’s tantamount to fiddling whilst Rome is burning.

No doubt in defending these points we will get the usual PR rhetoric – more teachers than ever, Oak used a squillion times, the NTP supporting thousands of our most disadvantaged students etc etc to save face. But the reality is that the attainment gap is as wide as it has been in a decade, and programmes to address this are missing the mark with pupils voting with their feet.

The Department has to learn to be less prescriptive and more flexible in its approach to ensure student agency and recognise that partners like GLUU have informed opinions and evidenced solutions which can close the gap. I hope that the new team are better at listening.

0
0
Would love your thoughts, please comment.x